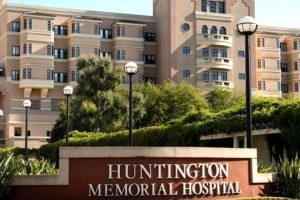 The series of accusations have not been previously reported or widely known, even though they were contained in publicly available records.

Sutton has denied wrongdoing in prior cases and has not yet responded to the most recent claim.

The 64-year-old physician is well-known in the Pasadena area, where he has practiced since 1989. He serves as chair-elect of the obstetrics and gynecology department at Huntington Memorial Hospital and has said he has delivered more than 6,000 children over his career.

Sutton did not respond to emails, phone calls or texts. An employee said Monday that the doctor was out of the office, but that she had relayed the newspaper’s inquiries to him.

In response to questions from The Times, Huntington President and Chief Executive Dr. Lori J. Morgan said in a statement, “I am very troubled by these allegations. Huntington Hospital takes seriously all issues of patient health and safety, and we are working closely with Medical Staff to receive updates in this matter.”

The hospital did not answer questions about why Sutton was allowed to continue practicing at the facility and whether administrators had disciplined him internally over the years.

Eileen Neuwirth, Huntington Hospital’s director of communications and brand strategy, said in a statement that under state law, internal evaluations of physicians were confidential and that Huntington is not “permitted to disclose any details about the peer review.”

Medical board and court records reviewed by The Times show complaints against Sutton dating back 20 years. They include allegations that he touched patients in a sexual manner during exams and pressed them for information about their sexual habits in graphic terms. All of the cases ended in settlements and without any admission by Sutton of sexual harassment or misconduct.

The most recent allegation against Sutton concerns a patient who sought treatment for a cyst in 2016. In a Sept. 24 medical board filing, a lawyer for the agency wrote that Sutton initially told the woman “that he really could not see ‘down there’ because she was really hairy,” a remark that made the patient uncomfortable.

After a female employee assisting Sutton left the exam room to answer a telephone, according to the medical board filing, the doctor asked the woman, “Do you have sex?”

“She replied, ‘No,’ adding that she had an abusive relationship and now dedicated her life to her kids,” a medical board lawyer wrote. Sutton then asked her, according to the court papers, “Do you enjoy orgasms, you are a very beautiful woman?”

The patient, who was wearing a paper gown, “was intimidated and did not know how to get out of the situation,” the medical board filing said.

“Commenting on a patient’s appearance is never appropriate in the field of gynecology,” the board lawyer wrote.

In an interview with medical board investigators referenced in the filing, Sutton acknowledged having a brief conversation with the woman about “sexual function” and said she “cut the discussion short.”

Sutton has faced similar accusations by the board over the last two decades. In 1998, a pregnant woman identified in medical board records as Consuelo G. reported Sutton to the state after a series of prenatal exams. As later outlined in a board filing, she alleged that Sutton pressed her for information about her sex life in an unprofessional manner.

On one visit, while Sutton was performing an ultrasound, Consuelo expressed concern about vaginal dryness, according to the filing. He responded by reaching his hand into her pants and inserting two ungloved fingers inside her, the filing said.

The medical board investigated and accused Sutton in 2002 of gross negligence and sexual misconduct for “needlessly and inappropriately sexualizing her physical examination.” He reached a settlement under which he admitted to another charge involving a different patient — failure to keep and maintain adequate and accurate records — and was placed on probation for four years. The agreement required him to have a third party chaperone exams whenever a patient was not fully clothed and to take a class on maintaining professional boundaries.

In 2005, while he was still on probation, two patients filed a sexual battery and sexual harassment suit against him in Los Angeles Superior Court over his alleged conduct during office appointments. The case file was destroyed by the Superior Court in 2016. The Times obtained a draft copy of the lawsuit, in which the women alleged inappropriate touching, lewd comments and unnerving questions about their bodies and sexual habits.

It was unclear whether and how Sutton contested the claims. He settled the suit out of court in 2005 for an undisclosed sum. Both women declined to comment, citing a confidentiality clause in the settlement.

An attorney for the patients, Timothy Black, said he notified the medical board of the allegations and forwarded a deposition to the board in which one patient detailed Sutton’s alleged conduct. The complaints did not result in a medical board accusation.

A spokesman for the agency said it was “unable to provide any information on complaints where disciplinary action has not been taken. Complaints are confidential.”

Less than three years after the lawsuit settled, another patient complained to the medical board. The woman, identified only by the initials W.C. in medical board papers, alleged that after a nurse left the exam room at a 2008 checkup, Sutton gave her unsolicited sex advice and instructed her to call him later if she had “a fantasy or ‘any new sexual adventure.’” At the time, the woman was naked under an exam gown and Sutton was patting and rubbing her bare thigh, according to the medical board.

Sutton “told the patient she should feel free to fantasize about anything, ‘whether you like it from behind or the front, with another woman or another man,’” a lawyer for the medical board wrote in a 2010 accusation seeking to revoke or suspend his license.

“During the conversation the patient attempted to direct [Sutton] to discuss the menopause issue, his family or her husband, but [Sutton] kept talking about sex,” repeatedly using crude terminology for male genitalia, the board lawyer wrote.

Sutton again reached a settlement with the board under which he admitted failing to maintain medical records while allegations of sexual misconduct and repeated negligent acts were dropped. He was placed on probation for three years and ordered to attend another professional boundaries course, enroll in psychotherapy, and have chaperones monitor any exams of female patients.

He completed probation in 2014.

Asked by The Times why Sutton had not been stripped of his license after the second, third or fourth patient allegation, the medical board spokesman wrote in a statement that consumer protection is the agency’s highest priority, but noted that state law requires that the board “wherever possible, take action that is calculated to aid in the rehabilitation of the” doctor.