The figure was among several alarming statistics made available in a first-of-its-kind company safety report released Thursday.

Uber received 235 reports of a rape occurring during a ride in the United States last year — an average of four a week, according to a company review released Thursday.

The ride-hailing company has come under increasing scrutiny amid a flood of lawsuits from riders alleging they were sexually assaulted by drivers.

In an extensive new report, Uber details for the first time the number of sexual abuse complaints made to the company in 2017 and 2018.

“Each of those incidents represents an individual who has undergone horrific trauma,” West told NBC News.

Drivers aren’t always the alleged attackers, according to the report. The company said riders were the accused party in 45 percent of the reports filed.

In the case of alleged rapes, however, riders were the victims in 92 percent of the 464 reports.

The report, remarkable in scope and detail, was released during a rocky period for the company.

Uber went public earlier this year, but its stock has floundered. In August, Uber reported a record quarterly loss of $5.2 billion. And in October, the company laid off 350 employees in what was the third round of cuts in recent months.

In an interview, West said the company felt a responsibility to release its sexual assault statistics. He emphasized that the overwhelming majority of Uber trips end safely.

“We do four million rides a day. That’s 45 trips per second,” West said. “And when you’re operating at that kind of scale, thankfully, 99.9 percent of those rides end with absolutely no safety incident whatsoever.”

Uber hired the National Sexual Violence Resource Center and the Urban Institute to assist in the preparation of the report.

Karen Baker, chief executive officer of the National Sexual Violence Resource Center, praised the ride-hailing service for making the results public, saying she wasn’t aware of any other company voluntarily releasing such unflattering information about itself.

“It’s unprecedented,” Baker said. “And it’s very refreshing. It’s absolutely what needs to happen to bring this out of the shadows.”

“I think that Uber is setting a new high bar for corporate responsibility and transparency,” Baker added. “And I hope a lot of others follow suit.”

Safety concerns have dogged Uber since its launch eight years ago.

Allegations of sexual assaults during Uber rides have piled up in recent years in the form of lawsuits and media interviews. Other ride-hailing companies, including Lyft, have faced similar allegations.

Four alleged victims of predatory Uber drivers recounted their stories to NBC News in May 2018.

One of the women, Addison Hoover, said she hailed an Uber for what should have been a 13-minute ride from her boyfriend’s house to her sister’s apartment in Los Angeles in March 2018. But the driver instead took her to his home, forced her inside and raped her. 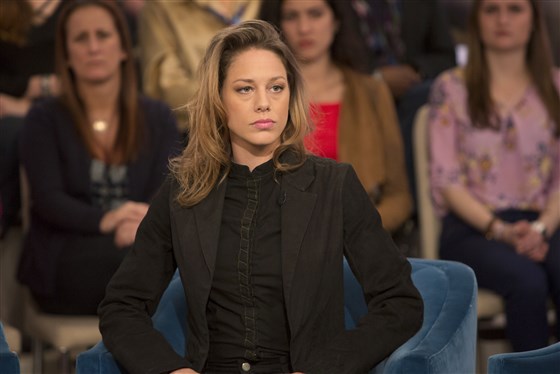 “I was so humiliated and felt like that I was in the wrong,” Hoover said. “And then a few hours later, I tried to take my own life over this because I was so disgusted.”

Stephanie Nam, of Brooklyn, N.Y., said at the end of a ride in July 2017 her Uber driver opened her door and jumped into the back seat with her. “He said, ‘I just need two minutes with you, baby,’” Nam said.

She escaped the car and made it home safely. But Nam said when she opened the app six months later, she noticed that her attacker was still driving for Uber.

“He just changed his picture to make him look like someone else, but it was the same guy,” Nam said.

Uber declined to comment on the accounts from Nam and Hoover.

The company has ramped up its background checks and rolled out a fleet of new features intended to keep riders safe, including an emergency button that allows users to call 911 through the app.

The report says more than a million prospective drivers failed to make it through Uber’s screening process during 2017 and 2018. The report also notes that Uber banned more than 40,000 U.S. drivers in the last two years as a result of ongoing criminal and motor vehicle screenings. 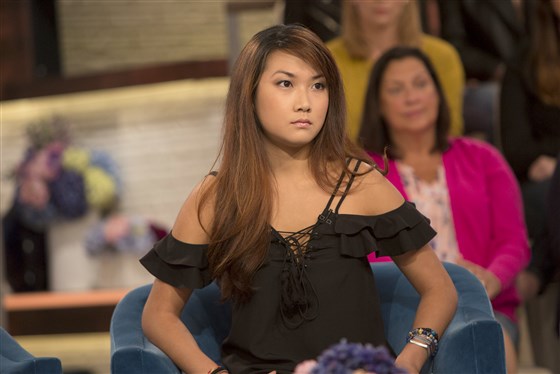 Uber said it plans to, for the first time, share those names with other ride-hailing companies, including Lyft.

“One of the facts about sexual assault is that it is a very underreported offense, and there are a whole lot of reasons why individuals don’t report to law enforcement,” West said.

In addition to the statistics on sexual assaults, the report also provides figures on fatal crashes and deadly assaults.

Between 2017 and 2018, 107 people died in Uber-related crashes, which the report says is roughly half of the national motor vehicle fatality rate.

Over the same period, 19 people were killed in fatal assaults during Uber rides. Of the victims, eight were riders, seven were drivers and four were third-parties such as bystanders outside the vehicles.

Uber says it will release a safety report every two years.

West, the company’s chief legal officer, said the decision to undertake such an effort was set in motion two years ago when he was hired by Uber’s new chief executive officer, Dara Khosrowshahi.

“We had to measure what was happening on our platform,” West said. “Because we know in business, if you don’t measure it, you can’t address it.”

West said company executives are fully aware that releasing the statistics could hurt their business. But he said they felt an obligation to do so in order to combat the scourge of sexual violence.

“It exists everywhere,” West said. “It exists in our companies, in our classrooms, in our homes.”

“The only way to grapple with that is to push through the discomfort that we feel in talking about these issues. To count it where we can, to confront it, and thereby end it.”