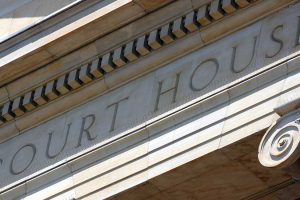 A Denver jury has dropped a mile-high $383.5 million verdict on GranuFlo dialysis maker DaVita over the deaths of three patients who suffered cardiac arrests after getting GranuFlo dialysis therapy at DaVita clinics.

The families of the three deceased patients – Irma Menchaca, Gary Saldana and Deborah Hardin – were awarded $125 million in punitive damages and compensatory damages from $1.5 million to $5 million, according to a statement by firms representing the families of the patients.

“DaVita ignored many red flags that preceded the loss of life of these three patients and many others,” said lead trial attorney Rob Carey of Hagens Berman. “It is our mission now to fight for the rights of those who lost their lives due to DaVita’s abhorrent oversight and negligence.”

DaVita will appeal the case, according to Reuters.

“Our first priority is the safety of our patients,” DaVita said, according to news agency. “Our clinical outcomes – among the best in the industry – demonstrate our commitment to providing the highest level of care.”

In 2012, FDA put out a Class 1 recall for GranuFlo, warning clinicians that the excess acetate in GranuFlo could lead to high bicarbonate levels and metabolic alkalosis, which can lead to cardiopulmonary arrest and death. GranuFlo, made by Fresenius Medical Care, helps remove waste products and maintain proper pH balance in a patient’s blood, according to Reuters.

After the FDA recall, in 2013, Hagens Berman filed wrongful death suits charging that there were “several things DaVita could and should have done, but did not do, to protect its patients.” According to the legal complaints, the company “failed to inspect and review the composition of GranuFlo and notice changes,” and in addition, DaVita “should have noticed a significant upswing overall in bicarbonate blood levels when patients returned for dialysis treatments.”

The firm’s filings also state that the company should also have spotted the “uptick in reports of death and complications.”

The relationship between heart problems and dialysis was looked at in late 2016, researchers used MR to gain insight on the relationship.

In a University of Nottingham study, appearing in the Journal of the American Society of Nephrology, the scientists showed that the treatment could reduce blood flow and lead to permanent heart damage, whether the patients were on standard hemodialysis (HD) or hemodiafiltration (HDF).

The investigators looked at cardiac index, stroke volume index, myocardial strain, coronary artery flow and myocardial perfusion in a number of patients and found that all experienced segmental left ventricular dysfunction, in proportion to the amount of fluid that was removed from their body.

“Over the last 10 years or so, an increasing body of work has demonstrated how the stress that dialysis exerts on the circulation can result in reductions in blood flow to the heart muscle,” Dr. Nicholas Selby, an associate professor of nephrology at University of Nottingham told HCB News. “Previous work has mostly used echocardiography to detect this, but has limitations in terms of image quality and inability to directly measure several of the important changes. We therefore wanted to pursue the use of MR, despite the technical challenges, because MR is the only imaging modality that can provide a complete and simultaneous assessment of cardiac morphology, cardiac output, global/regional contractile function, fibrosis, coronary artery flow and contrast-free measurement of myocardial perfusion.”