Can I File A Lawsuit After A Construction Accident? 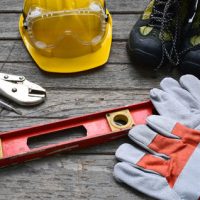 The answer to that question will depend upon the particular facts of your case and who may be at fault for your injuries.

Workers Compensation as An Exclusive Remedy

The workers compensation system in Alabama provides what is known as an “exclusive remedy” for work injuries and occupational diseases. What this means is that injured construction workers typically cannot file claims against a negligent employer or negligent co-worker for their role in causing a construction accident and subsequent injuries. As an exclusive remedy, the workers’ compensation system also allows an injured worker to obtain compensation even if his or her own negligence contributed to or caused the accident.

Although workers’ compensation is an exclusive remedy, there are some situations in which an injured construction worker may be able to file a lawsuit against additional parties.

When a Third-Party May Be Responsible

When Intentional Conduct Resulted in the Injury

By Goldasich, Vick & Fulk | Posted on February 22, 2022
« How Do I Know If My Medical Injury Could Result From Negligence?
Goldasich, Vick and Fulk Proud to Support Exceptional Foundation Chili Cookoff »