How Does The Federal Tort Claims Act Work? 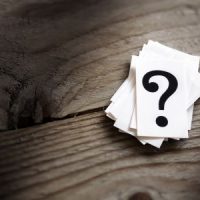 If you recently suffered an injury in a slip and fall accident, in a car crash, or as a result of medical negligence, you may be looking into your options for filing a personal injury lawsuit in Birmingham. It is important to know that, in some cases, your personal injury might require you to file a claim against the government under the Federal Tort Claims Act (FTCA). Suing the government can be a complex process, and you may not realize that you need to initiate your claim under the FTCA. Our Birmingham FTCA claims attorneys can provide you with more information about how these cases work and what you need to know.

Do I Need to File a FTCA Claim After My Injury?

Sustaining a serious injury can be devastating, and it can be difficult to know how to move forward with a claim for compensation. You may be familiar with filing an insurance claim or a personal injury lawsuit after doing some research on the internet or speaking with friends and family members. However, navigating the process through which you will need to file your claim can get complicated. When do you need to file a claim under the Federal Tort Claims Act?  It may be necessary to file your claim under the FTCA  if any of the following are true:

Not all injuries in the above examples will necessarily require you to file a claim under the FTCA, as there are additional elements to consider. For this reason, it is important to have an attorney evaluate your case.

Required Elements of a FTCA Claim

Does your case fall under the FTCA? Generally speaking, the following are the elements that you will need to prove in order to file an administrative claim and to sue the federal government for your injuries:

To seek compensation, you will first need to file an administrative claim within two years from the date of your injury. The government will either extend a settlement offer or deny your claim. From that point, you will have six months to file a lawsuit.

Common Types of Claims Under the FTCA

If you believe you may be eligible to file a claim under the FTCA, you should get in touch with one of the Birmingham FTCA claims attorneys at Goldasich, Vick & Fulk for assistance.