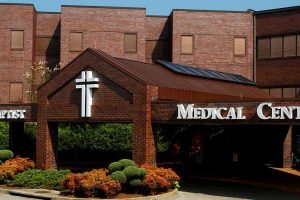 A Walker County hospital must pay $10 million to a family whose infant son was left with hearing loss, seizures, and brain injuries after doctors failed to diagnose and treat the boy’s bacterial meningitis, a jury said Friday.

The verdict against Walker Baptist Medical Center in Jasper, Alabama came about 3 p.m. Friday after a trial that began Jan. 11, lawyers said. It was the longest trial and the largest medical malpractice award in the history of Walker County, plaintiffs’ lawyers said.

“This verdict will help Daniel receive the care he will need for the rest of his life. We feel the jury got the decision right,” said Dennis Goldasich.

The hospital’s lawyers say they are considering an appeal.

The lawsuit was filed in 2011 by the father of Daniel Cantu, a 3-month-old who was brought to Walker Baptist’s emergency department on two consecutive days with a number of symptoms, according to a statement from plaintiff’s attorneys. The boy was admitted to the hospital, but received no tests to rule out a bacterial infection and was not given antibiotics, according to the statement.

The baby was discharged from the hospital despite continuing to exhibit symptoms indicative of a serious bacterial infection, according to the statement.

But the following morning Daniel’s parents took him to a family doctor, who immediately performed a lumbar puncture that confirmed the baby had bacterial meningitis. The baby was flown to Children’s Hospital in Birmingham, where he was treated and underwent multiple surgeries, according to the statement. “Despite the efforts of his treating physicians, Daniel Cantu suffered permanent brain injuries, hearing loss, and seizure disorders as a result of the delay in diagnosis and treatment of his condition,” according to the statement.

Josh Vick and Bob Bryan also represented the Cantus in the trial before Circuit Judge Jerry Selman. Goldasich and Vick are attorneys with the Birmingham law firm of Goldasich, Vick & Fulk. Bryan is a member of the Jasper law firm of Nelson, Bryan & Jones.

“As always, we trust the citizens of Walker County to make the right decision when called upon to serve as jurors in such a serious matter,” Bryan said in a prepared statement.

Vick said they are “humbled by the jury’s willingness to carefully listen to more than twenty witnesses for five weeks and render a verdict in favor of this child.”