How To Recognize Signs Of Elder Abuse 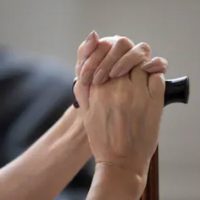 When you have an elderly parent or relative, it is important to remain attentive and protect against vulnerabilities to many different types of elder abuse, neglect, or exploitation. It is critical for family members and friends to be aware of risks so that they can stay vigilant for signs of abuse, whether it occurs by a financial advisor or trusted fiduciary, in a nursing home, an assisted-living facility, a hospital, or within the home of the senior at the hands of a trusted caregiver. Recognizing the signs and symptoms of elder abuse in Birmingham can be difficult and complicated given that elder abuse can take many different forms.

The key thing to remember is that if anything seems off or does not seem right, you should seek help. In the meantime, our Birmingham elder abuse lawyers want to provide you with more information that can help you to recognize different types of elder abuse, neglect, and exploitation in Alabama.

In order to recognize indications of elder abuse, you should understand that elder abuse can take a wide variety of forms that can have disparate signs and symptoms. The National Institute on Aging identifies the following as common forms of elder abuse and neglect:

Recognizing that elder abuse can take any of the different forms described above, you may realize that signs and symptoms of abuse can vary widely depending upon the circumstances. In general, the National Institute on Aging identifies the following as indications for concern:

If you have any concerns about an older adult’s safety or well-being, it is important to seek advice from one of our Birmingham elder abuse attorneys. We can evaluate the facts of the case to determine whether it may be possible to file a lawsuit against a nursing home, another facility, or an individual who is responsible for injuries resulting from abuse or neglect. Contact Goldasich, Vick & Fulk to learn more about how we help victims who have sustained injuries or suffered wrongdoing.