Johnson & Johnson hit with over $1 billion verdict on hip implants 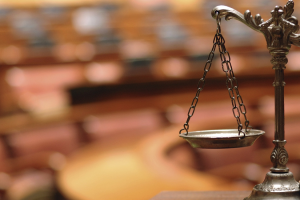 A federal jury in Dallas on Thursday ordered Johnson & Johnson and its DePuy Orthopaedics unit to pay more than $1 billion to six plaintiffs who said they were injured by Pinnacle hip implants.

The jurors found that the metal-on-metal Pinnacle hip implants were defectively designed and that the companies failed to warn consumers about the risks.

J&J, which faces more than 8,000 lawsuits over the hip implants, said in a statement it would immediately appeal the verdict and was committed to defending itself and DePuy from further litigation over the Pinnacle devices.

The six plaintiffs awarded more than $1 billion are California residents who were implanted with the hip devices and experienced tissue death, bone erosion and other injuries they attributed to design flaws. Plaintiffs claimed the companies promoted the devices as lasting longer than devices that include ceramic or plastic materials.

Both companies denied any wrongdoing stemming from the development and marketing of the devices.

According to plaintiff’s lawyer Mark Lanier, the total verdict of $1.041 billion included $32 million in compensatory damages. The rest were punitive damages.

Verdicts of such size are often scaled back by courts. In July, the judge presiding over this case, U.S. District Judge Edward Kinkeade, reduced a $500 million verdict in an earlier Pinnacle implant case to $151 million, citing a Texas state law that limits punitive damages awards.

J&J and DePuy have been hit with nearly 8,400 lawsuits over the devices, which have been consolidated in Texas federal court. Test cases have been selected for trial, and their outcomes will help gauge the value of the remaining claims.

The verdict on Thursday came in the third test case, with the second producing the earlier $500 million verdict. J&J and DePuy were cleared of liability in the first test case in 2014

Lanier said Thursday’s verdict was “a message loud and clear” that J&J has “a really nasty part of their business they need to clean up.”

The company rejected a $1.8 million settlement offer from the plaintiffs before trial, Lanier said.

The plaintiffs in the second test case have appealed Kinkeade’s decision to cut the award. Johnson & Johnson and DePuy have also appealed the jury verdict in the case.

In its statement, J&J criticized the trial judge over certain rulings it claimed help the plaintiffs.

“Today’s verdict provides no guidance on the merits of the overall Pinnacle litigation because the court’s rulings precluded a fair presentation to the jury,” said John Beisner, J&J’s attorney.

He said the company will ask the appeals court to postpone any additional trials over the implant defects.

DePuy ceased selling the metal-on-metal Pinnacle devices in 2013 after the U.S. Food and Drug Administration strengthened its artificial hip regulations.

J&J and DePuy also paid $2.5 billion that year to settle more than 7,000 lawsuits over its ASR metal-on-metal hip devices. The ASR devices were recalled in 2010 due to high failure rates.

J&J shares fell 38 cents to $111 in after-hours trading. They had closed up 8 cents during the day.