AbbVie ordered by jury to pay $15 million to Depakote victim 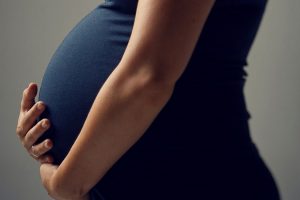 AbbVie Inc. must pay $15 million to compensate a California boy with a split spine for failing to properly warn his mother and her doctors that its Depakote drug could cause birth defects.

Jurors in federal court in Illinois delivered the verdict for Stevie Gonzalez on Friday in their third day of deliberations. The 10-year-old boy’s mother took Depakote for bipolar depression during pregnancy and he was born with spina bifida. He’s undergone 12 surgeries and is confined to a wheelchair. His suit is one of about 700 pending in U.S. courts against the drugmaker over Depakote.

The panel awarded the money to cover Gonzalez’s medical bills and future care. It rejected the family’s request for punitive damages over AbbVie’s mishandling of the drug. It’s the North Chicago, Illinois-based drugmaker’s second Depakote loss.

A St. Louis, Missouri jury awarded $38 million to a girl with spina bifida in 2015, including $23 million in punitive damages. Another case settled in June 2016 during jury deliberations. The next trial is set for state court in St. Louis on July 24, followed by another in federal court in Illinois in September.

AbbVie, which spun off from Abbott Laboratories in 2013, retained liability for the Depakote suits. Abbott officials knew Depakote was “one of the most toxic drugs to a human baby,’’ and downplayed the birth-defect risks, John Boundas, the boy’s lawyer, told jurors in the East St. Louis, Illinois, trial.

AbbVie has won three trials in federal courts, where juries found Depakote’s label enables doctors to make properly informed decisions about the drug’s demonstrated benefits and clearly disclosed the risk of birth defects, Adelle Infante, a company spokeswoman, said in an emailed statement. She declined to say whether AbbVie would appeal the East St. Louis verdict.

The company’s lawyers unsuccessfully sought to convince the Illinois jurors that Abbott properly disclosed the risk of spina bifida and other birth defects in Depakote’s warning label and Gonzalez’s mother was aware of those risks when she chose to use the drug to battle her mental illness.

Studies linking Depakote to birth defects prompted federal regulators in 2006 to require Abbott to put a strong pregnancy-use warning on the drug’s safety label. The next year, Abbott and other makers of anti-seizure drugs also were forced to beef up warnings about their products’ suicide risks.

Abbott never warned doctors that the overall risk of birth defects from Depakote use was 10.7 percent, Boundas told jurors in closing arguments Wednesday. Abbott was aware by May 2004 that the reported risk of birth defects associated with Depakote had risen sharply above what was printed in the warning label, Boundas said, citing an internal company memo.

That memo was written before Gonzalez was conceived, but Abbott didn’t update the warning or alert doctors of the higher risk, the lawyer said. Gonzalez’s lawsuit alleged Depakote’s birth-defect dangers were four times higher than competitors’ products.

In the early 2000s, Depakote was Abbott’s most profitable drug and its first to reach $1 billion in annual sales, Boundas said. Pressure was intense at Abbott to increase sales as the product’s patent expiration approached in 2008 and marketing efforts expanded, Boundas told the jury. Depakote generated more than $1.5 billion in sales in 2007, making it Abbott’s second-biggest drug that year.

AbbVie’s lawyers countered in the nine-day trial that Abbott officials didn’t downplay Depakote’s birth-defect risks or mislead doctors or patients about its dangers.

The risks that Depakote use could leave newborns deformed were “well-known and properly disclosed by Abbott,’’ Joel Smith, one of the company’s lawyers, told jurors. Gonzalez’s mother, Christina Raquel, was severely mentally ill and had twice attempted suicide as a teenager, Smith said.

Raquel, who had been diagnosed as bipolar at age 19, insisted on using Depakote because other medications weren’t effective, the company’s lawyers said. She was fully informed of the drug’s risk and wanted to use Depakote, Smith added. “Christina knew her medicine,’’ Smith said during the trial. “She was no shrinking violet when it came to her meds.’’

In 2012, Abbott paid $1.6 billion to settle federal and state claims resulting from a probe of the company’s Depakote marketing practices. Abbott marketed the drug, approved for epilepsy, bipolar mania and migraine prevention, for unapproved uses such as dementia, federal prosecutors said.